A symbiotic odyssey in which humans and microbes travel together 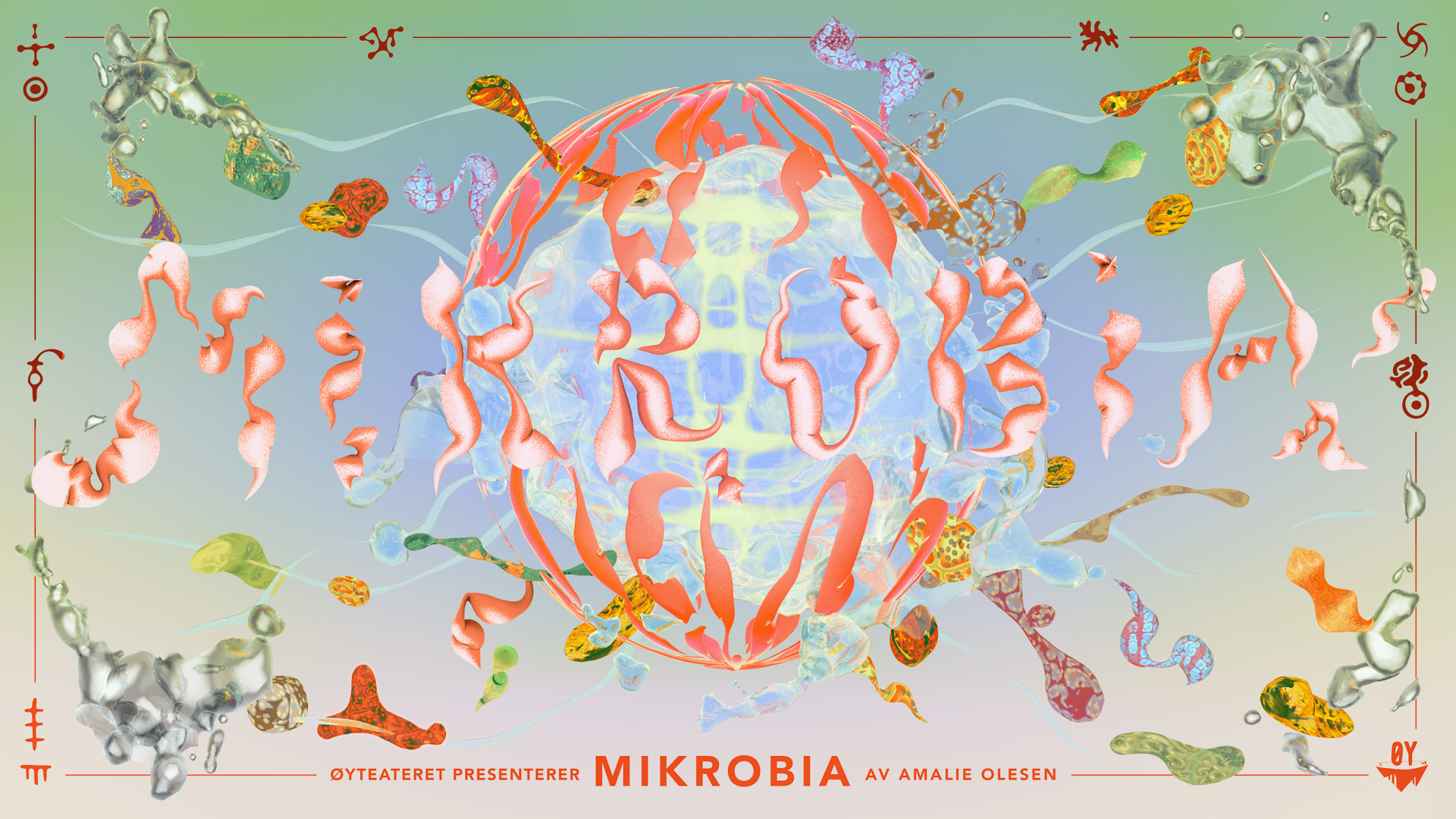 MICROBIA is a symbiotic odyssey in which humans and microbes travel together. Through the Finnish forest, through the gut, through the apocalypse and reincarnation, and into a common future. The performance invites the spectator into his own body’s billion metropolis of microorganisms in search of a relief for the crippling fear of the future that reigns over us.

The performance is created in a meeting between drama, figurative theater, visual art and music. The scenography consists of the body of a bear animal that has been enlarged a million times and holds the entire performance. The composer plays live on stage, while the actors throw themselves into a shamanistic process, in which humans occupy microbes and vice versa.

MICROBIA is developed after studying microbiology and is about survival and parting, death anxiety and symbiosis. All told from the bacteria’s perspective.